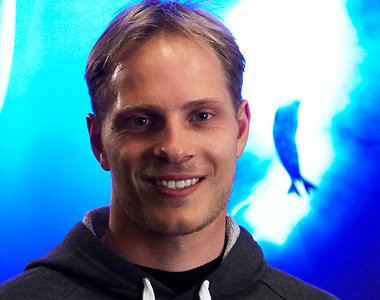 “Calling our blue planet "Earth" is a bit of a joke, really.”

Sebastian Steudtner left his hometown of Nuremberg at the age of 16 to pursue his dream of a free, independent life according to his own rules. He moved to Hawaii where he got to know big wave surfing. He trained for years until he was rewarded with the XXL Global Big Wave Award in 2010 and surfed the biggest wave of 2015, over 21 metres high, in the bay of Nazaré, and won the XXL Biggest Wave Award for the second time.

He joined us for the first International Ocean Film Tour premiere in 2014 and was one of the protagonists in the film The Big Wave Project, featured in the Volume 5 program.